Another excerpt from my recently released 'His Leading Lady' with the first meeting between Jess and Kyle. This is a continuation from last week but one, when Kyle demanded to know where her sister was. Jess told him she didn't know what he was talking about.

“Your sister disappeared last weekend. I’ve contacted everyone in London who might know where she is but no-one does. Today I’ve visited every school in this god-forsaken Yorkshire town looking for you, but now you tell me you don’t know anything?”

“I’m sure Lora will have some reasonable explanation,” Jess replied, as much to reassure herself as to convince him. Her twin sister had disappeared and it obviously didn’t occur to him that his news would shock or worry her.

How insensitive was that?

Check out the other 'Six Sentences' here.
Posted by Paula Martin at 08:53 35 comments:

Take Me to the Movies

I have a lot of favourite movies - 'The American President' (Michael Douglas and Annette Benning) is a feel-good movie which makes me laugh, 'Apollo 13' always makes me cry (with relief, not sadness). Love Hugh Jackman in 'Australia' (even though it was panned by the critics) and in the time-travel 'Kate and Leopold' too, and adore Colin Firth in whatever movie (but especially as Darcy in the BBC's 'Pride and Prejudice').

In the end, however, I have to go with my all-time favourite Martin Sheen. I fell in love with him 30+ years ago when I first saw him playing John Dean in 'Blind Ambition' and then playing JFK in the 'Kennedy' mini-series in the late 70's - and, of course, more recently as President Jed Bartlet in 'The West Wing' TV series.

However, my favourite Martin Sheen movies are those from the 1980's when he was a VERY attractive 40+ year old. None of them particularly well known, but all worth watching - Judgement in Berlin, The War at Home (with his son Emilio), Shattered Spirits (heart-reading portrayal as an alcoholic) and Wall Street.

My favourite from this time is a low-budget but delightful movie called 'Da' which I have watched countless times. Martin plays Charlie, a New York playwright who returns to his Irish home when his father dies. Much of the movie shows flashbacks from Charlie's thoughts, about his sometimes difficult relationship with his father as he reminisces and eventually finds reconciliation. It alternates between sadness and humour and can have you laughing and crying at the same time.

It was filmed in Ireland, with most of the location filming being done in the small towns of Dalkey and Bray, a few miles south of Dublin. I had a lot of fun tracking down some of the locations - here are some of them (with a screen shot from the movie, and my own shot of the same location): 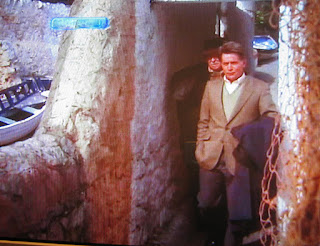 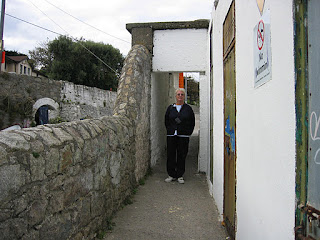 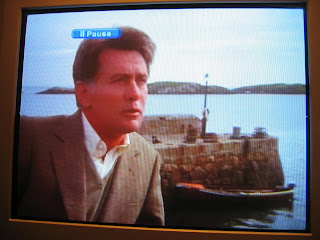 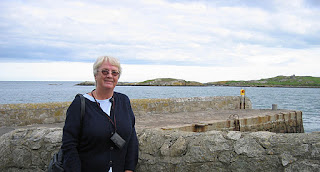 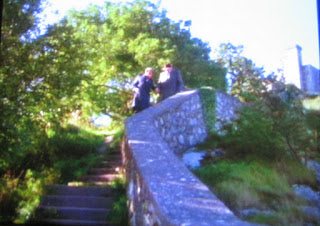 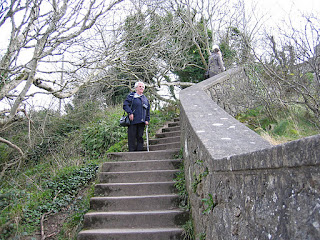 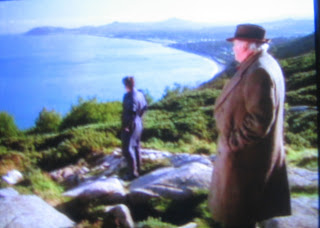 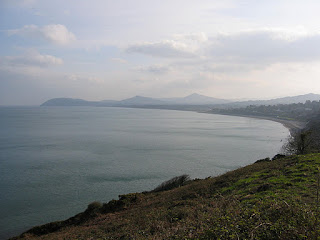 If you can't find the DVD of 'Da' someone has put the whole movie (in instalments) on YouTube - it's well worth watching for a real feel-good movie.
Posted by Paula Martin at 23:07 11 comments:

Sharing a few photos from last week at Lake Garda in Italy: 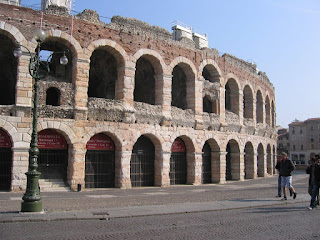 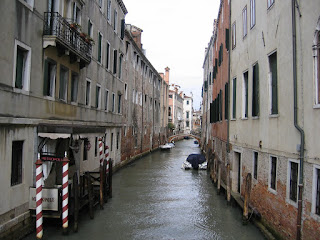 Another excerpt from my recently released 'His Leading Lady' with the first meeting between Jess and Kyle. This is a continuation from last week when Kyle told Jess that her twin sister Lora had disappeared, just days before rehearsals are due to start on his new West End show.

“Excuse me, Mr Drummond,” Jess said, more calmly than she felt, “but before you start issuing your orders and threats, I repeat – I simply don’t understand what you’re talking about.”


She met his gaze steadily although her heart had started to race.  She wasn’t sure whether it was sudden concern about Lora, or whether it was more to do with those dark eyes that still rested on her.


His brow furrowed as he looked at her, almost as if he was trying to read her mind, and then he shrugged slightly.


Jess had forced herself not to flinch under his scrutiny.  When she let out the breath she’d been holding, she cursed inwardly as that same amused look crossed his face before his eyes bored into her again.
More next week!

Check out the other 'Six Sentences' here.
(Apologies in advance that I won't be able to answer any comments because, by the time you're reading this, I shall be enjoying the sunshine at Lake Garda in Italy, probably with no computer access.  But I still hope you'll leave your comments for me, even though I can't reciprocate on your blogs this week.)
Posted by Paula Martin at 00:05 9 comments:

Another excerpt from my recently released 'His Leading Lady' with the first meeting between Jess and Kyle. This is a continuation from last week when Jess was thrown off-balance by Kyle's abrupt demand.

“Your sister – where is she? I’ve spent the last three days trying to track her down, and then trying to find you

Kyle Drummond fixed her with an intense gaze. “Don’t cover for her, Ms. Harper. If your sister thinks she can play silly little games with me, she’d better think again – and so had you.”

Check out the other 'Six Sentences' here
Posted by Paula Martin at 23:58 26 comments:

Another excerpt from my recently released 'His Leading Lady' with the first meeting between Jess and Kyle. This is a continuation from last week when Kyle said he'd seen Jess watching him from the back of the shop.

“Don’t apologise and I won’t either."

Quickly she reverted to the cool approach.  “Obviously I don’t need to introduce myself, and I assume you’re Kyle Drummond.”

The abrupt demand threw her off balance again.


Check out the other 'Six Sentences' here
Posted by Paula Martin at 00:45 25 comments: