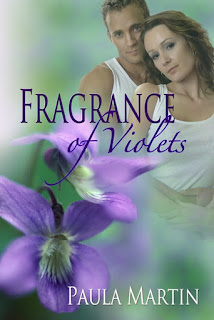 My new contemporary romance, 'Fragrance of Violets' set mainly in England's beautiful Lake District, will be released next week by Whiskey Creek Press.

Here's more of Chapter 1, after Abbey has heard that Jack Tremayne has returned to the her Lake District village home.


Abbey knew her mother’s resentment, and that of many people in Rusthwaite village, stemmed from an article Jack had written for the local newspaper eight years earlier.

“He won’t be welcome here,” Mrs Garside said. “I bet Mike Barron won’t even serve him with a pint at the White Lion. No-one here has forgiven him."

No, probably not, Abbey thought. She hadn’t forgiven him either, but her reasons were different. 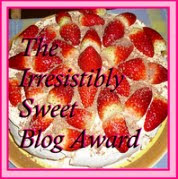 Many thanks to Linda Banche and Rosemary Gemmell who have both awarded me the 'Irresistibly Sweet Blog Award'.  For this award, I have to tell you 7 things you might not already know about myself, so here goes:

1. I scratched my first name on my Mum's sideboard when I first learnt to write.  She was not pleased!
2. I once borrowed a friend's bike (as I didn't have my own) and cycled 26 miles to a seaside town, and back again in the same day. Needless to say, I could hardly walk the next day!
3. My first novel was due 'out' on the same day as my second daughter. My daughter arrived 10 days early, and I got the copies of my book 10 days after the due date.
4. My favourite colour is blue, which is perhaps as well, as my junior school and high school unifoms were both blue, and I also wore blue for many years as a Girl Guide leader.
5. I used to do maypole dancing and Edward, my partner, was my very first 'boyfriend' (when I was 8). We made a good team.  I wonder what happened to him?
6. I used to collect frogs (pottery or china, not real ones!) and had hundreds, until I gave most of them away to another frog-collector.
7. I'm a 'trivia-quiz' addict - can remember all kinds of useless information, but not what happened a week ago.

Now I have to pass this award on to 10 other bloggers, so here goes:
1. Elizabeth Grace www.word-nerd-speaks.com
2. Jennifer Wilck  http://jenniferwilck.com
3. Jenn Duffy-Pearson www.wine-n-chat.com
4. Katheryn Lane http://katheryn-lane.blogspot.com
5. Laura Kaye http://laurakayeauthor.com
6. Michelle Daly http://michelledaly.blogspot.com
7. Pauline Barclay http://paulinembarclay.blogspot.com
8. Sylvia Ney http://writinginwonderland.blogspot.com
9. Zee Monodee http://zeemonodee.blogspot.com
10. This is a spare one, for anyone else who would like to claim it!
Posted by Paula Martin at 17:55 9 comments:

My new contemporary romance, 'Fragrance of Violets' set mainly in England's beautiful Lake District, will be released next month.


Here's more of Chapter 1, after Abbey has heard that Jack Tremayne has returned to the her Lake District village home.

Abbey forced the painful memories aside and picked up the dustpan. On her way back into the shop, she paused to listen to her mother and Mrs Garside.

“Is he back for good?” her mother asked.

“I don’t know. Sandra heard it from Barbara who saw him getting out of a car outside Fir Garth yesterday evening.”

“I’m surprised he has the nerve to show his face here again, after all the trouble he caused for this village,” her mother said tartly.
More next week.

Check out the other 'Six Sentences' here.

Pet Peeves is the weekly topic for the GBE2 group of bloggers, and this lists many of my pet peeves as far as words and grammar go! 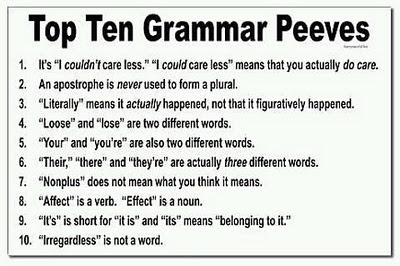 My new contemporary romance, 'Fragrance of Violets' set mainly in England's beautiful Lake District, will be released next month.
Here's more of Chapter 1, after Abbey has heard that Jack Tremayne has returned.


Jack Tremayne back in the village? A confused mish-mash of feelings threatened to shatter her into as many pieces as the small figurine she'd just dropped. Feelings she thought she’d long since submerged; happy memories of the fair-haired good-looking boy who’d been her inseparable childhood companion.

No, she told herself firmly, she had to forget all that. She had to think only of the night he’d tried to seduce her and then had the nerve to blame her for leading him on. Her jaw tightened as she thought of the bitter fight which had followed, when he’d said so many hurtful things.
More next week.
Check out the other 'Six Sentences' here.

My new contemporary romance, 'Fragrance of Violets' set mainly in England's beautiful Lake District, will be released next month.

Here are the first six sentences from Chapter 1 (slightly edited):

“Jack Tremayne’s back at Fir Garth,” Mrs Garside said.
The delicate china figurine of Peter Rabbit slipped out of Abbey Seton’s hand, and fell to the floor, shattering with a tinkling sound. The two women at the shop counter turned towards where she’d been rearranging the window display. One was her mother, neatly dressed in a lilac shirtwaister dress; the other was Dolly Garside, the statuesque middle-aged busy-body of the village.

Abbey bent down to pick up the pieces, not wanting them to see the tell-tale flush which had reddened her cheeks. Not from embarrassment at dropping the figurine, but from shock at hearing Jack’s name again.

More next week.
Check out the other 'Six Sentences' here.

GBE2 topic of the week: Work


I've been wondering what to write about the topic of Work.  Many people have had a wide variety of interesting jobs, but I only had one - teaching.  Okay, it was in three different High Schools over a period of 25 years, and I did teach a variety of subjects. Although my main subject was History, I also got roped in to teaching other things from time to time, ranging from Geography (which I hated at school!) to French for just one term (with the worst French accent ever!).

Then I got to thinking about other 'work' I've done, and in particular my voluntary work.

For over 20 years, I was the leader of a Girl Guide Company and also held various 'adviser' roles in our local District and County, ranging from PR, to Arts, to Training, and ending as County Commissioner, with responsibility for all the adults leaders in our local area.  And if that wasn't work, I don't know what was! Meetings nearly every evening or visits to units or helping leaders with their training - and their problems too.  But it was very satisfying 'work'.

Then for about 12 years I directed musical shows (2 shows each year) with the Junior Section of our local Musical Theatre Group, and frequently was involved with making costumes, scenery and props, as well as actually directing the action on the stage.  The few weeks leading up to 'Show Week' often involved the hardest work I've ever done! But so rewarding to see those teenagers wow their audiences with their acting, singing and dancing and to watch them gain in confidence (and talent) each year.

But now I'm retired, not just from my paid work but also from my voluntary work (well, almost all of it!). So have I stopped working?  Don't believe it!  I'm working as hard as ever, but now my efforts are directed at writing my novels and then promoting them. It's a different kind of work, but it's still hard-going at times.

However, just as my teaching and voluntary work were satisfying and rewarding, so is my writing, especially when a reader tells me how much she's enjoyed my book!
Posted by Paula Martin at 20:02 17 comments:

Out with the Old, In with the New

So here we are, January 2nd, two days into the New Year. January, of course, is named after the Roman god Janus, the god of beginnings and transitions. He's usually pictured with two faces, one looking to the past, the other looking to the future.

Although the old year has gone, I don't like to think of it as 'out with the old'. Each year that passes adds more experiences to our lives. Sometimes, if it's been a 'bad' year, we may wish to forget it, but it's still worth remembering the lessons we may have learned, even from the bad times.

In fact, 2011 was a pretty good year for me. My novel 'His Leading Lady' was published in June, and I had two more novels accepted by Whiskey Creek Press, which will be published in 2012. I re-started this blog early in 2011, initially as one of the ways of promoting my writing, and also tried to become more active on Facebook and several yahoo groups.

Far more rewarding than any promotion, however, has been the opportunity to make so many new friends. Sometimes I've interviewed them on our group blog 'Heroines with Hearts'; sometimes I've been invited to be a guest on their blogs; some I've 'met' through the yahoo groups; others via Facebook or Twitter.  While some remain as 'acquaintances', others have become 'real' friends, and I'd like to say a big thank you to them all.


What of 2012? None of us has any idea of what will happen in the future, either in the world, or in our own lives. We may have some things already 'scheduled' for us - for example, my novel 'Fragrance of Violets' is due for release at the beginning of February, and hopefully 'Her Only Option' will be released later in the year (although I don't yet have a release date for that), but obviously other things will happen during the year that are impossible to predict.

I don't usually make any 'New Year Resolutions' - mainly because I tend to break them well before January has ended!  But I do have a few goals. One of them is to be more organised with this blog, which I've let slide recently.

So my plan (at the moment anyway!) is to try to post something at least 3 times a week. I'll sign up for Six Sentence Sunday each week, and post six sentences from my newly released or about-to-be-released novels.

I'm also challenging myself to join in the weekly blogs with the Facebook blogging groups, GBE2 (on Tuesdays) and The Writers Post (on Fridays).  Of course, I might slip in some other posts on the other days - so watch this space!

Meanwhile, Happy New Year to everyone, and I wish you everything you wish for yourselves in 2012.