My four Irish novels are all set in the beautiful area of Connemara in the west of Ireland. 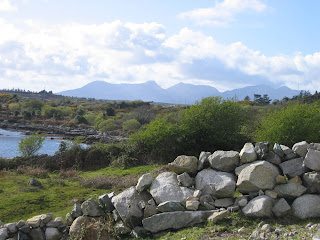 On my first ever visit to Connemara about ten years ago, I was fortunate that it was a beautiful autumn day, and I fell in love with the wild open countryside, the dozens of small lakes (known as loughs and pronounced like the ‘lochs’ in Scotland), and the Twelve Bens, a range of steep-sided bare mountains. 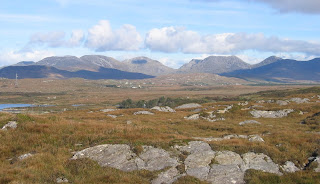 Connemara is an area of about 12 square miles in the western part of County Galway, bordered on the east by Lough Corrib, on the north by Killary Harbour, on the south by Galway Bay, and on the west by the Atlantic.

Although I’ve been to many other areas of Ireland in the past ten years, Connemara was the place that captured my heart, and I’ve visited it several times. Most times I’ve been very lucky with the weather, but even under low cloud, Connemara is still beautiful. 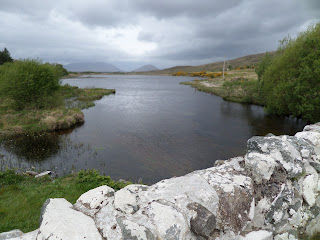 The Twelve Bens (Na Beanna Beola in Irish) is a mountain range of sharp-peaked mountains. The highest one is only 2,392 feet, but they can be seen from many parts of the area and provide a dramatic backdrop to small fishing villages like Roundstone in the south of Connemara. 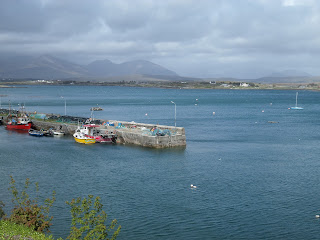 On my first visit (and on subsequent visits, too), we went along Sky Road, near Clifden. This is a scenic drive along (and up!) a narrow peninsula which skirts Clifden Bay and rises to a viewpoint overlooking several small islands and beyond them the wide expanse of the Atlantic stretching into the distance. I’ve used the views from Sky Road several times in my novels because I love it and my (imaginary) Mist Na Mara house overlooks Clifden Bay. 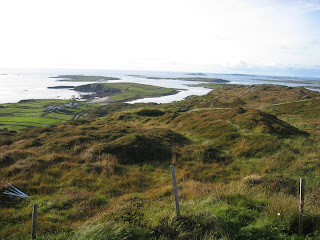 South of Clifden is an area known as the Gaeltacht, which means a primarily Irish-speaking area. It is estimated that over two-thirds of Connemara’s 32,000 population are Irish speakers, mainly in the southern part of Connemara. This area has hundreds of small lakes, peat bogs, and also some beautiful bays, large and small. 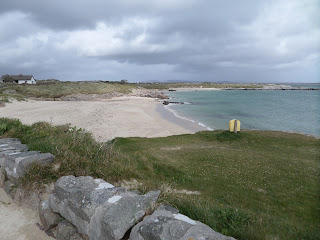 I’ve only given you a small taste here of this stunning area, but you can find out more at http://www.connemara.net/welcome-to-connemara/
Posted by Paula Martin at 11:48 2 comments:

What's the link between today's cell phones and transatlantic flights? The answer is Clifden, a small town in the west of Ireland, which was the scene of two hugely significant events in the early 20th century.

The first was due to the Italian inventor, Guglielmo Marconi, who successfully developed long-distance wireless telegraphy. Determined to send wireless signals across the Atlantic, he established a transmitting station in Cornwall, but after some difficulties there, he decided to move his station as far west as he could. The site he chose was Clifden or, to be exact, Derrygimlagh Bog, about three miles south of Clifden.

The station officially opened in 1907, and commercial signalling began between Clifden and Glace Bay in Nova Scotia, Canada on 17th October. Buildings on the site included a power house with 6 boilers and a huge condenser building as well as houses for the workers. There was a also a massive aerial system with 8 wooden masts, each 210 feet high. The sparks from these could be heard over a wide distance and resembled lightning. Fifty people were employed at the station, and a further seventy were also employed cutting peat to fuel the steam generators. 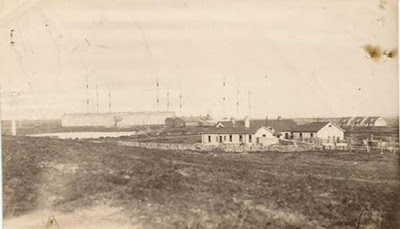 When advances were later made in technology, a more powerful station was built in North Wales but the Clifden Station remained operative until it was attacked and burned by Republican ‘irregulars’ in 1922. It was closed down after this, and the buildings gradually fell into disrepair.

The second event came twelve years after the Marconi station opened. In June 1919 British aviators John Alcock and Arthur Whitten-Brown left St John’s, Newfoundland, flying their Vickers VIMY biplane. Although there had been previous flights across the Atlantic Ocean, theirs was the first non-stop journey, lasting 16 hours and 27 minutes.

It wasn’t an easy journey – at one time due to thick fog, they were unable to navigate with their sextant and twice almost came down in the sea. The batteries for their heated suits failed, meaning they were freezing cold in the open cockpit – but evidently their coffee was laced with whisky! Half way through the night, they ran into a snowstorm and Brown had to climb out onto the wings to clear the ice from the engines' air intakes.

Their choice of Clifden as a landing place was deliberate because of the Marconi station. Several years earlier, the Daily Mail newspaper had offered a prize of £10,000 (over £1 million in today’s money) to any pilot who could fly an airplane across the Atlantic within 72 hours. Alcock and Brown were aware of other contenders for this prize and wanted to make sure the news of their arrival in Ireland was telegraphed to London as soon as possible.

They looked for a meadow on which to land and mistook the boggy surface near the Marconi station for hard ground. A man in the transmitter building tried in vain to warn them, but they thought he was waving a welcome! As they touched down, they sank into the mud and the plane nosed over into the soggy peat. A somewhat ignominious ending to a triumphant flight, but at least neither of them was hurt. The man in the transmitter building rushed out to them and asked where they'd come from. 'Canada', said Brown. 'We were there yesterday - and we're the only two people in Europe who can say that.' And it was a local reporter from the Connacht Tribune who got the scoop of the century by interviewing the two aviators. 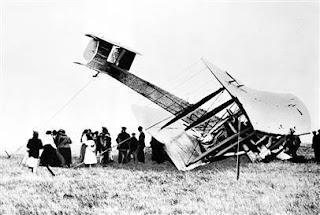 These two huge landmarks in the history of communications and transport went on to change the face of the 20th century- and Clifden saw them both. Not bad for a small out-of-the-way town in the west of Ireland, was it?

Clifden, the 'capital' of Connemara

My four Irish novels are soon to be republished (with brand new covers!) so here is an introduction to the small town of Clifden, which provides the setting for them all. 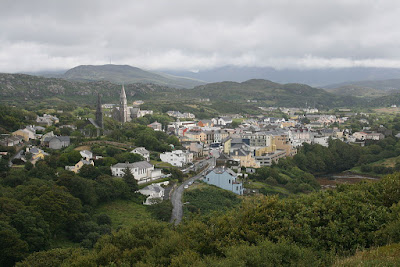 Clifden (An Clochán in Irish, meaning stepping stones) is situated on the west coast of Ireland, between the Atlantic Ocean and the ‘Twelve Bens’ of Connemara.

It was founded by John D’Arcy who inherited the estate at the beginning of the 19th century (and built a castle overlooking Clifden Bay). At the time the area was inhabited mainly by fishermen and farmers, until D’Arcy decided to establish a town and also a road to Galway (now the N59).

Originally it had three streets, forming a triangle - Main Street, Market Street and Bridge Street, with Main and Market meeting at the market square, and Bridge Street linking the other ends of those two streets.

By 1839 the town had grown to 185 dwellings, most of them three-floored, two churches, two hotels, three schools, a police barracks, courthouse, a gaol, a distillery and 23 pubs, and it had a population of about 1,000. It suffered during the Potato Famine in the 1840s and didn’t recover until the end of the 19th century when a railway was built to link it to Galway.

In the second half of the 20th century, Clifden became a popular centre for many different outdoor pursuits – hiking, cycling, sailing, fishing, horse-riding and golf. For the less energetic, there is a variety of shops from sweater shops and boutiques to antiques and art, and of course the tourist souvenir shops. Needless to say, there are also plenty of pubs, some genuinely ‘old’ Irish and others more trendy. In many of them, there is live music most evenings.

It's definitely one of my favourite Irish towns! Friendly people, interesting shops, excellent food, great craic - and even better when the rain stops and the sun comes out! 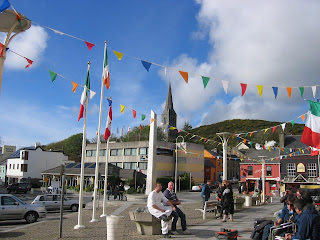 Next week I’ll tell you more about Clifden’s history and its surroundings.
Posted by Paula Martin at 11:37 6 comments:

It seems appropriate to reactivate my blog exactly one year from when I last posted anything here – and also somewhat significant since I am about to enter a new phase in my writing life.

Last year at this time, the audio version of my novel Changing the Future had just been released and the audio of Irish Inheritance was in preparation. My novels were selling steadily (not in millions but certainly in hundreds each month), and I was in the middle of writing my 4th novel set in the west of Ireland. That novel, Irish Deceptions, was released in March this year.

A month later, on April 12th, I received the devastating news that my publisher was closing due to ill-health. I’ve been with her for over 5 years, and she and her team have been the most supportive and friendly people any writer could ever wish to work with. What other publisher would receive a submission (of one of my Irish novels) at the beginning of February with my apology that I was submitting it far too late for it to be released in time for St. Patrick’s Day – and then fast-track it so that it was actually published 22 days later?

Of course I was now left with the question of what to do with my 9 novels once they were removed from online distributors at the end of August.

In a knee-jerk reaction, I sent two of my novels in mid-April to a ‘traditional’ British publisher. I must admit I was slightly put off when they made me feel like a newbie writer looking for a first acceptance, rather than an established author with thousands of sales over the past 5 years, but I accepted that I would have to wait ‘up to two months’ (as quoted by the submissions editor) for a decision. The two months passed, and then I heard that someone else had to wait over 5 months for a decision, and even longer for actual publication. At that point I came to a decision – there was no way I wanted to wait a year or more for each of my novels to be re-published (one a year = 9 years!), so I withdrew my novels from this publisher.

I then contacted Rebecca (my publisher) and asked for her advice. Remember what I said earlier about a supportive publisher? In the space of a couple of hours last Monday evening, she contacted another publisher – and came back to me with the response that they would be happy to take all my novels! Whatever you said to them, Rebecca – thank you!

I went to bed on Monday evening in part huge relief and part stunned amazement.

Since then, life has been a whirlwind of signing contracts with Fire Star Press, an imprint of Prairie Rose Publications, and providing my ideas for the new cover designs, since they want to publish my Irish books first (and all at the same time) as the ‘Mist Na Mara’ series. Those of you who have read the books will know exactly what Mist Na Mara is!

A year on from my last blog post here, my life is setting off in a new direction – and I’m really looking forward to working with Cheryl and Livia at Fire Star Press. I’ll let you know how it goes – so watch this space! J