For ‘Irish Inheritance’, the first book in my 'Mist Na Mara' series, I needed to invent some family history for my American hero and English heroine. They have jointly inherited a house on the west coast of Ireland, but neither of them has ever heard of the Irish woman who has bequeathed it to them. This leads them into an intriguing, and sometimes puzzling, journey into their individual family histories, until they eventually unravel the tale of a 19th century love affair.

Sorting out this family history was fascinating for me too! I’ve done quite a lot of research into my own family history, so at least I was aware of the resources that are available online and in other places.

What I didn’t know before I started was that only the 1901 and 1911 Irish censuses are available. The census records for 1861-1891 were pulped, by government order, during the 1st World War, and the earlier records from 1821 to 1851 were destroyed by a fire at the Public Record Office in 1922.

This actually worked to my advantage, as it meant my characters couldn’t find out where their ancestors were living before 1901. The census records did help me, though, to see what names were popular in the early 20th century, and also to find out what streets and houses existed at that time in the Irish town of Clifden in County Galway.

Coincidentally, most of the USA 1890 census was destroyed by a fire at the Commerce Building in Washington DC in 1921. Again, this proved very convenient for me – although it must be so frustrating for American researchers!

My own research came in useful, too, when my heroine asks someone to look up information about her great-grandmother, because the 1911 census does not shown the maiden name of a wife. The heroine needs to know this, and I could easily imagine her researcher trawling through the marriage records to find one that seemed to be the right one. I say ‘seemed’ because in family history research, we can’t always assume that something that looks right actually is the correct record.

Another ‘headache’ in creating an imaginary family tree was getting ages right. I couldn’t have someone getting married when they were 12, or a woman having a child when she was in her 70s!

When I needed one couple to die relatively young, I had to search for plausible reasons for this, which was where my knowledge of history came in useful. The Spanish flu epidemic at the end of World War 1 fitted the bill perfectly, and so did the evacuation from Dunkirk in 1940.

I must have drawn and re-drawn the ‘family tree’ a dozen or more times before I eventually decided it worked - and now I'm very glad I kept it, because in my 5th novel in the series, I'm re-visiting the family, and adding another strand to it. Watch this space! 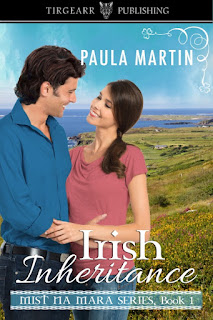 Irish Inheritance
English actress Jenna Sutton and American artist Guy Sinclair first meet when they jointly inherit a house on the west coast of Ireland. Curious about their unknown benefactress and why they are considered 'family', they discover surprising links to the original owners of the house.
They soon unravel an intriguing tale of a 19th century love affair. At the same time, their mutual attraction grows, despite personal reasons for not wanting romantic involvements at this point in their lives.
A local property agent appears to have her own agenda concerning the house while other events pull Jenna and Guy back to separate lives in London and America. Friction builds over their decision about the house and its contents.
Will their Irish inheritance eventually bring them together - or drive them apart?

Available as an ebook from all major distributors - click here
Posted by Paula Martin at 19:29 7 comments: 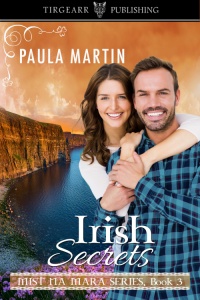 At the end of last year, I entered my novel ‘Irish Secrets’ into the Wishing Shelf Book Awards (http://www.thewsa.co.uk/). Although I didn’t win, I was delighted to be a finalist, and to receive an overall ranking of 4.5 stars. In addition, finalists receive feedback from the readers, which is also posted on Amazon and Goodreads by the award organiser.

I was very happy with the feedback I received!

Of the 17 readers:
16 would read another book by this author.
17 felt it was easy to follow.
16 would recommend this story to another reader to try.
17 felt the pacing was good or excellent.
16 thought the author understood the readership and what they wanted.

‘An interesting look at the Irish system of baby adopting many years ago. Excellently written; sad in many parts. Books of this nature are important reminding us of how lucky we are and how terrible history often was.’ Male reader, aged 41

‘I liked the romantic element I thought that was well written; lots of chemistry.’ Female reader, aged 56

‘Well plotted with a strong romantic undercurrent. I enjoyed this very much.’ Female reader, aged 47

‘This author is best working with characters and speech. The characters develop well this way. A powerful novel looking at a very dark Irish secret. Well done.’ Male reader, aged 55 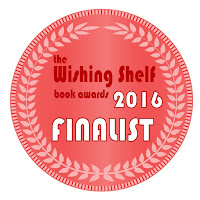 Irish Secrets
While working at Mist Na Mara Arts Centre, Kara Stewart embarks on a search for her mother’s birth parents; she’d been adopted in the 1960s by an American couple. Kara soon realises the task is not as simple as she’d anticipated when she meets with a wall of secrecy surrounding Irish baby adoptions.
Ryan Brady is hiding the secret of his real identity, but when he offers to help Kara trace her Irish family, his attraction to her is undeniable.
As the mystery unravels, secrets drive a wedge, not only between Kara and her mother, but also between Kara and Ryan.
Can Kara and Ryan find a way to heal the rifts created by all these secrets and find love?

Irish Secrets is being re-published by Tirgearr Publishing, and is available (until November 13) at the pre-release sale price of 99 cents/99 pence! http://www.tirgearrpublishing.com/authors/Martin_Paula/

When One Door Closes...

‘When one door closes, another door opens’ is a well-known saying which has certainly proved to be true for me.

The ‘closing door’ was that of my publisher, Rebecca Vickery, who regretfully announced last April that her publishing business would be closed on October 31st. The ‘open door’ belongs to Tirgearr Publishing with whom I signed a contract in August, initially to re-publish my ‘Mist Na Mara series’ of 4 books, all set in the beautiful Connemara area in the west of Ireland.

Maybe it is symbolic (and hopefully auspicious) that these four books became available for pre-order last Monday, October 30th, just one day before the ‘official’ closing of Rebecca’s business, and they will be released on November 13th – which is exactly seven months since I first learned I would need to find a new home for them.

My grateful thanks go to Kemberlee at Tirgearr, and also Christine, my editor, and Elle, my cover designer, for pulling out all the stops to get the books ready for publication in record time!

The pre-order price for each book in the series is 99 cents/99 pence. This will go up to ‘normal’ price level after November 13th, so do order now!

You can find links for all 4 books at http://www.tirgearrpublishing.com/authors/Martin_Paula/
(Kindle, Smashwords, Apple, Kobo, and Nook)

And here are a couple of reviews to whet your appetite!
"Paula's description of the scenery and charm of the Irish countryside is amazing but most of all, I love the story. What a great plot, characters and setting. Could not put it down."


"I was hooked from the first page and felt that I was there with the hero and heroine. The intriguing story line is fascinating and I could not wait to find out what happened."
Posted by Paula Martin at 15:39 11 comments: